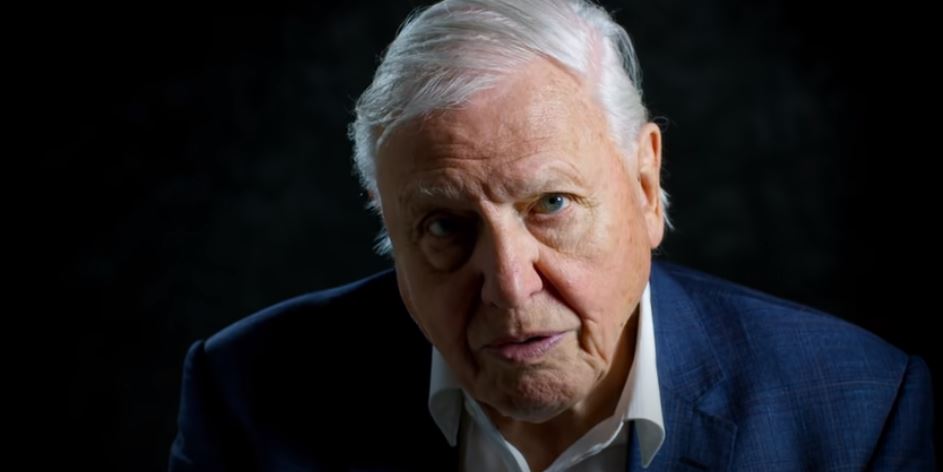 Dad, you’ve really got to watch this.

So said my daughter last week, and she was right – I really DID have to watch this, and so do we all.

She was referring to the new Netflix film ‘A Life on our Planet‘, released this month and fronted, of course, by Sir David Attenborough. I’ve been watching the great man’s documentaries for as long as I can remember and it’s interesting that his life span matches that of television itself.

Series like Blue Planet, Life in the Freezer and Seven Worlds, One Planet have employed powerful storytelling techniques to connect with us on the level of Logos (informative), Ethos (credibility – from ‘the man’ himself) and Pathos (making us care, triggering powerful emotions).

The storytelling in these series often centres around the travails of individual creatures – the extraordinary lengths to which they go to attract a mate, feed their young or simply avoid falling prey to those higher up the food chain.

This Netflix movie is different, because the story centres more around Sir David himself. Now 93, he’s seen the impact we’ve had on our precious world. The documentary and its salutary message serves as a testament, shared by the most trusted and qualified of witnesses.

The ‘logos’ element comes partly in the form of a numerical counter, with population and atmospheric pollution going up over time, while the percentage of the planet classed as ‘wilderness’ declines alarmingly.

This time it’s Attenborough himself in the starring role, a calm but clearly anguished voice, shaken by the damage we have done to our fragile world. As he puts it:

This film is my witness statement and my vision of the future.

This is a plea for partnership, a recognition that we cannot survive in a world where biodiversity is sacrificed in favour of short-term need and greed. We can, he argues, live in harmony with our planet but it means some pretty fundamental changes to the way we go about our daily business.

Cleverly, the film is bookended by a visit to Chernobyl, a town where humans have withdrawn and nature has been allowed to flourish. It’s a welcome note of optimism for the viewer, where catastrophism can leave people feeling helpless and fatalistic.

A great (and vitally important) story needs a great storyteller to do it justice. Sir David, and his dedicated team of film-makers, have raised the bar once again.

You can find out more about which cookies we are using or switch them off in settings.

This website uses cookies so that we can provide you with the best user experience possible. Cookie information is stored in your browser and performs functions such as recognising you when you return to our website and helping our team to understand which sections of the website you find most interesting and useful.

Strictly Necessary Cookie should be enabled at all times so that we can save your preferences for cookie settings.

If you disable this cookie, we will not be able to save your preferences. This means that every time you visit this website you will need to enable or disable cookies again.